The Rodgau 50km is the first large event of the German Ultra calendar with over 1000 participants.  It is organized by a small running club Rodgau Lauf Treff (http://rlt-rodgau.de) It is a fixture of my calendar as I get to meet up with some old friends. Andreas Siebert whom I met while doing the Rheinsteig-Erlebnislauf

Usually the course is several centimeters deep in snow and run in sub zero temperatures, but due to the unusually warm winter it seemed like an autumn day. It consists of ten times around a five kilometer course. There is one refreshment point just before the one kilometer point that serves hot drinks and all manner of sweet and savory snacks. Between two and three kilometers there is a mobile DJ blasting out all sorts of Europop and classic rock, that is the staple of German radio.

The course is very flat and 50% tarmac 50% trail in the woods. These woody parts get quite muddy as you can see  below.  I blame the reason  I didn't under 4:20 on the fact I was carrying half a kilo of mud on each calf. 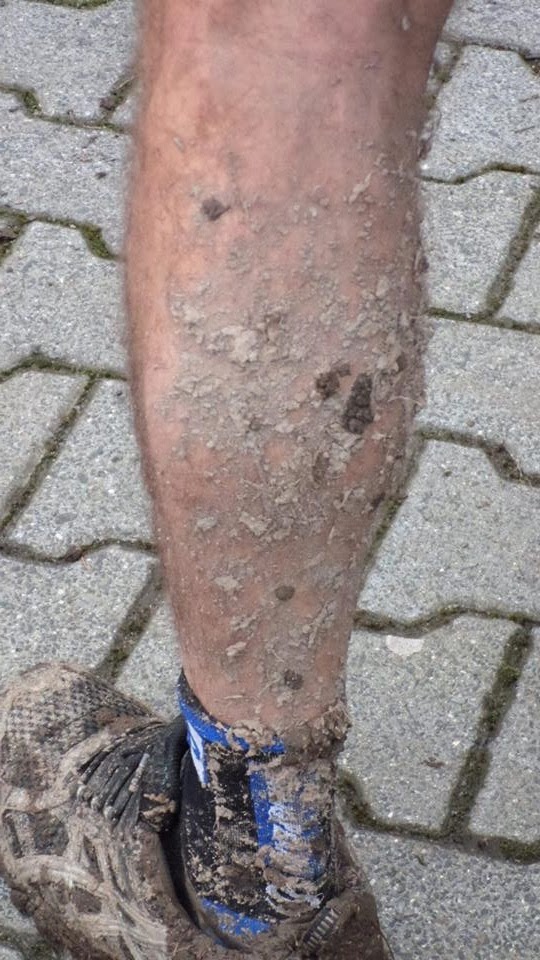 The race kicks off at 10:00am which means getting up at 7:00am, scoffing a quick breakfast of poached egg on toast and driving the forty minutes to the start on the south east side of Frankfurt by 9:30.

At €25 it is cheap and includes a little freebie each year. In the past these have been, running number belts, buffs, hats, sports bags, running pouches and this year we got a peaked cap. They come in the clubs light blue and if you look at the pictures of the runners you can see most has at least one item on.


These are always a few people running for fun and this year the most notable was a guy dressed as a bee. 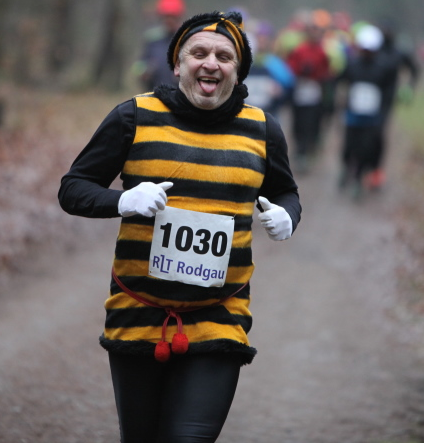 
Last year I had done alright up until 25km and then slowed  terribly finishing so that the last ten kilometers took over 80minutes and I finished 5:27.  I was determined this would not happen again.


I treated this as a tad longer marathon and ran tad slower than my marathon pace initially putting in 26 minute 5km laps. I took four 500ml bottles of SIS Go and four GU Gels. I took each one every 10km and supplemented with a couple of chocolate biscuits on the odd laps.


I wore shorts and two long sleeved tops in marked contrasted to the wimpy Germans who wrapped up like it was a winter’s day. My only concession to the time of year was to start in a wooly hat which I got rid of by the second lap as I was far too warm. 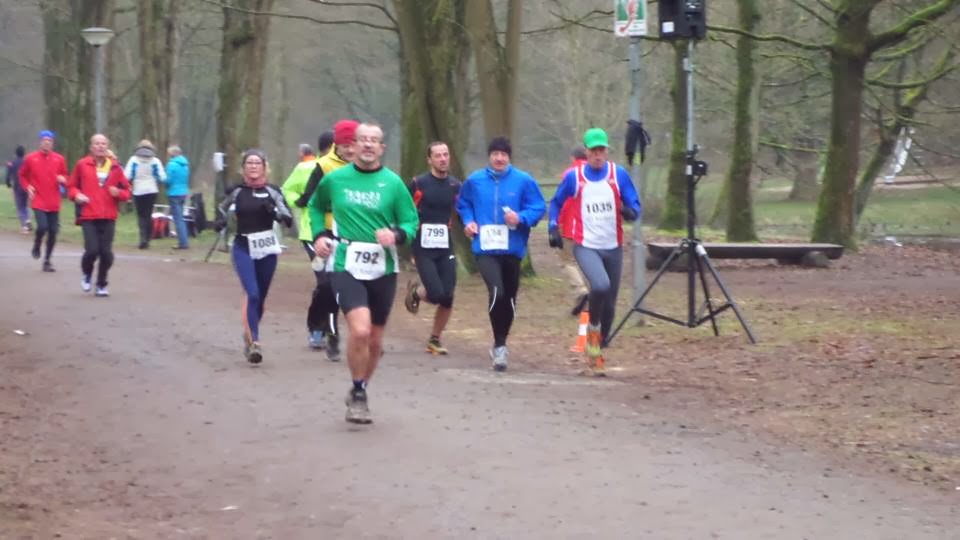 Look at the wimpy Germans behind me. It was shorts weather

At about twenty kilometers I started getting a pain in my hip flexor, but ignored it and after another ten kilometers the pain vanished. This slowed me down a bit and the next six laps where just under 28mintues. The last five kilometers I speeded up and put in a 26minute lap.

Thinking over the race now I think I could have put larger effort in the middle and brought the time down to be under 4:20. 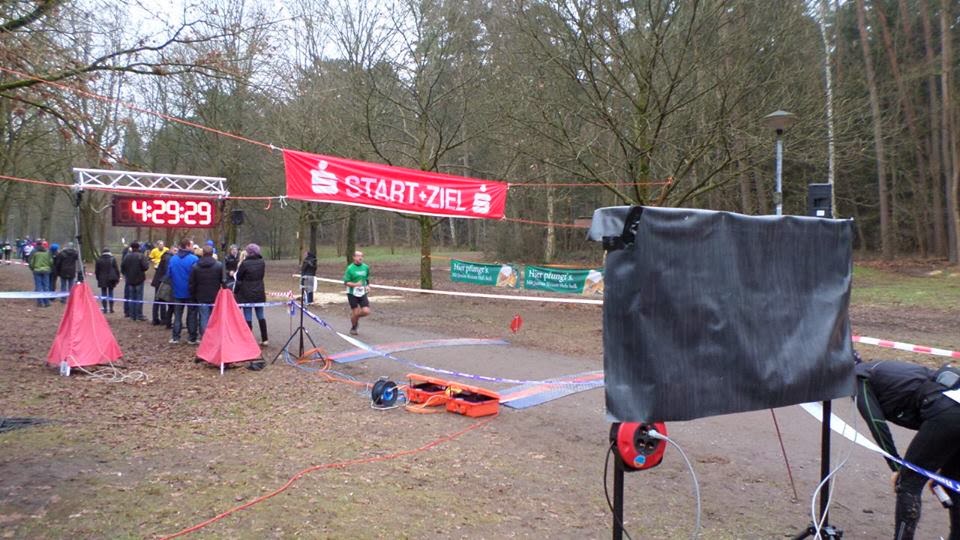 Chrissy stayed the whole race in the damp and it was a joy to see her at the end of each lap.

Month one of the grand plan is over. During this month I have

1) Run two Rory marathons 3:52 & 3:39.  I was hoping to pb these at 3:33, but I am happy with getting close.
2) Run a personal best in the Rodgau 50km at 4:27:48
3) joined the 5:00am club and started training at that time four mornings a week.  I have worked out that running at this time is not good for interval training and so have started doing intervals in the evening in addition to the morning runs
4) Run a total of 300km in January
5) Booked some more races for this year

I am either investigating doing the following or waiting for registration to open.


The thing that has not gone well is that my weight is still stubbornly in the 73.5-75.5 range. I am sure that is due mainly to eating the free biscuits at work. But this past week I completely cut the junk out and ate fruit and fish. As a result my weight started dropping.

So onto February and getting lighter and faster. Next Rory marathon is scheduled for the 2nd February. No rest for the wicked.
Posted by Rob Pinnington at 05:56