It has been a while. Mentally (Cockbain  is going to love this bit,  "Get a Grip") I had a really bad February and an absolutely shit March. Things were going on that really hit me for six.  I might write about it one day.  It seems to be a proper ultra runner you have to have not only a blog, but a book. Like James Adams for instance, did you know he has a book out.

Training
To recover my lack of fitness I have started running the 16-17km to and from work. As I travel to Dortmund on a Monday and return on a Thursday this means I can get six runs in. With rounding, it makes 100km in four days. Not bad but probably not enough for Paul Ali.

One of the things I like about doing this is working out the best route. A Google map is fine but the cycling and walking route calculation is still in beta and it shows. The given route expects me to run through allotments, that might be ok in the UK, but in Germany the allotments are jealously guarded. They have large sheds on them that have running water and electricity. This summer you will find Germans having a barbecue on their allotment consuming beer and watching the world cup on big flat screen TVs. As a consequence the allotment area has very secure gates and there is no way through. 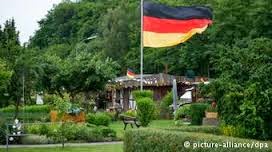 Another issue is the fact that this part Germany, the Ruhr area, is very flat and has a lot of large drainage canals. Google wants you to run along these. Some of them have been refurbished recently and have paths for you to walk cycle or run along. Many have not been touched for years and are overgrown. Strictly speaking they are off limits with great big signs stating entrance is forbidden.

This appears to be more of a guide line as there are always people walking their dogs along them. Being foreign and new to the area I didn’t know these unwritten permissions, so it took me a little while to start using the forbidden areas and paths. 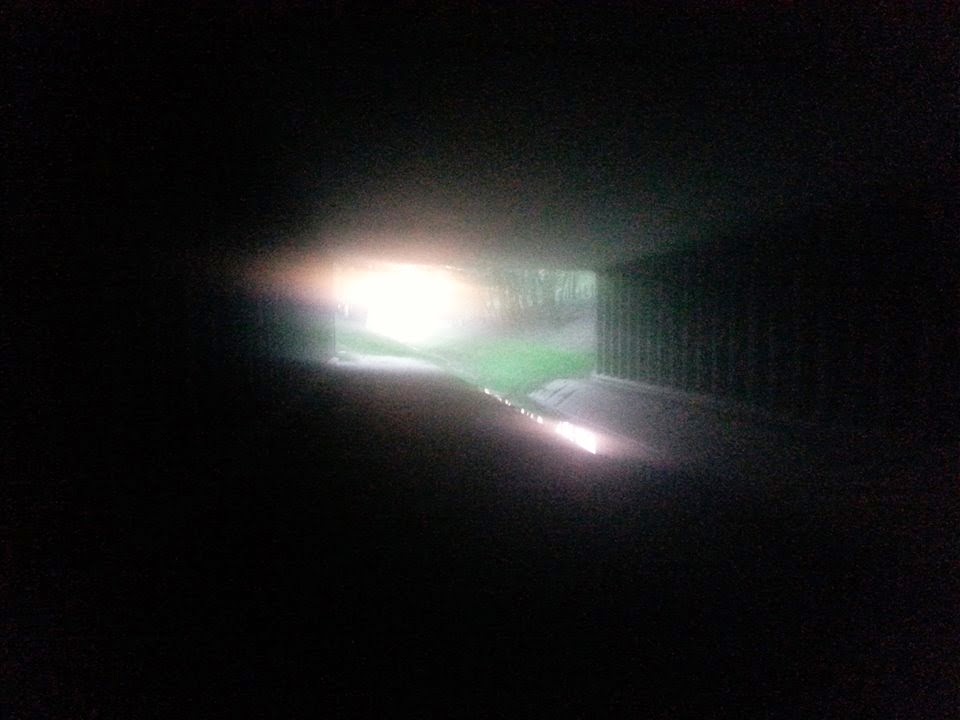 There is a long tunnel  under six lanes of the motorway plus hard shoulders and has no lighting. I tried it the once and by the time you are in the middle you can't see the floor without a headlamp, but there is light at the end of the tunnel showing you where to go.
Rats are scurrying and squeaking along the floor as I run by. The question is should I put the lamp on and see them or just ignore them. They squeak violently as you tread on them. 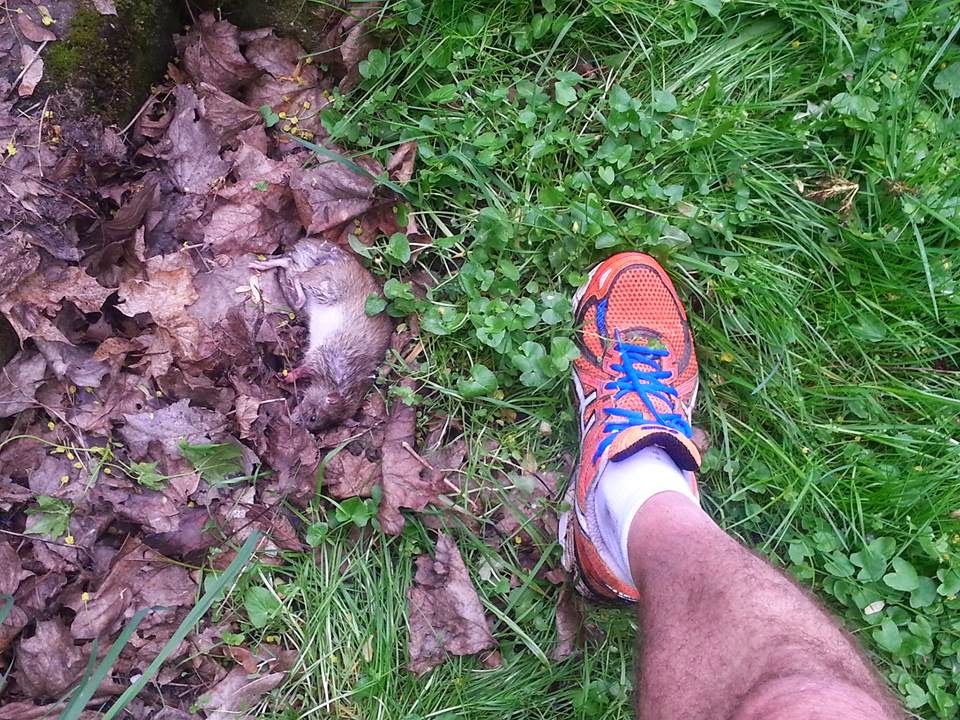 The drainage canal is too wide to jump across, so before going under the tunnel I have to make sure I cross over on the bridge before entering. Otherwise I am stuck on the wrong side for several kilometres drifting away from my intended direction.
At one stage Google suggested I crossed the busy A45, that is A as in autobahn or motorway. Needless to say I didn't take to that suggestion, but it mystified me why Google would suggest it. I eventually worked out it is suggesting that I should take the drainage ditch tunnel under the motorway.

I don't mind running on concrete tarmac or trails, but I so hate running on busy streets. I tweak my route to avoid these. For instance the other morning instead of taking the route through Huckarde,  I ran alongside of a forest. This took me on further but more pleasant route.

I have route sorted now and almost all of it is along canal banks and forest with a bare minimum on streets. These are hard packed core or tarmac,  nice and firm and suitable training for Sparta

The five am rise and alarms from the 5am Unts , Tiny and Ugly,  gets me going.  It is great running at that time of day seeing the sun rise. It really sets you up for the day. 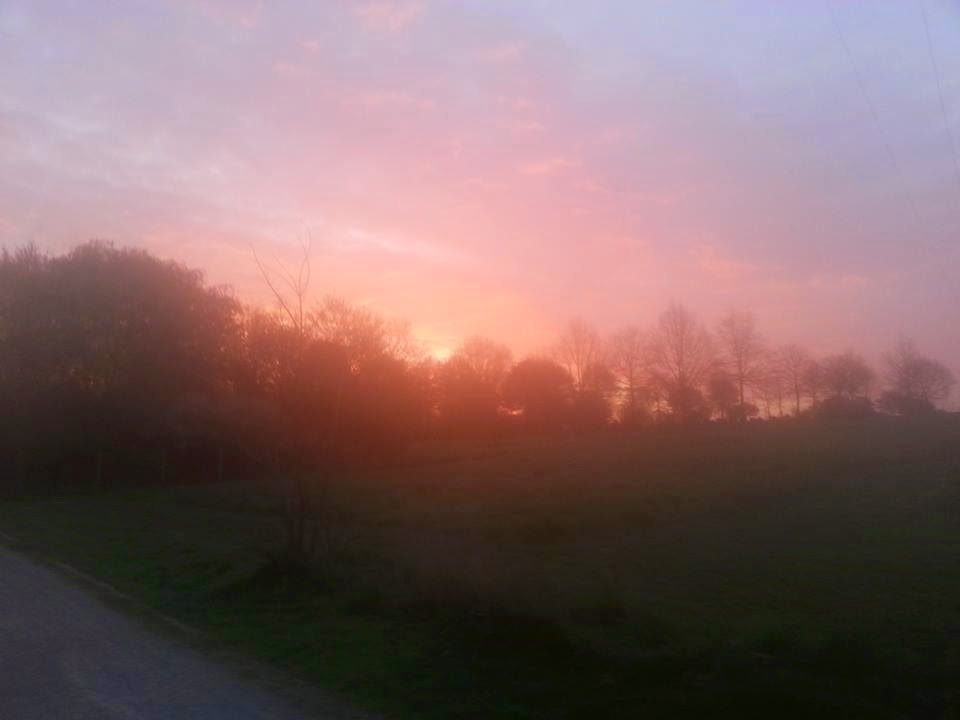 Planning
As I have missed out on the Viking Way I am doing a self support 24hour on Good Friday to Saturday. The aim is to go keep going at a reasonable consistent pace as long as possible. I should get the first 100km in under 12 hours and then it matter of seeing if I can repeat it.

The next booked races are some confidence builders
I hope to squeeze in Thames Path 100 if I get my new contract in Milton Keynes and can get my new employer to pay for the flights. I could then get the Celebrity medal giver, James Adams to autograph my shit.

The Big one
26-27 September Spartathlon (http://www.spartathlon.gr/)

The return to finish with Tom Jones
5-7 December The Hill (http://www.thehillultra.com/)