Friday evening I met with Alek Barefoot who is running the length of Europe north to south. We struggled to get his trolley into my flat and he had to remove the wheels.

After a pizza we went off to the Bochum Christmas market. The idea was to show him it quickly and get some rest before heading out the next morning for Cologne. As we got back to the station instead of waiting for the next train we supped a cheeky one and got talking to a couple of German lads. Two to three hours later I managed to drag him away.

He spent most of the evening on my bathroom floor talking on the Great White Telephone to Huey and Erik.

He was still at it the next morning...that didn't stop the run though. We set off a little late and headed for the Kemmande See. Less than ten km in and he needed a sit down..."you have too much of a racing mentality...you need to chill Rob" he said in face of my disgust at resting so early.

We headed on and got some breakfast in Witten and then headed for Sprockhövel. What a great place name. The route was very hilly and mainly climbing, about 300m by the time we got to the outskirts of Wuppertal. That doesn't seem much but when you have to push a big three wheeled trolley containing all of Aleks kit plus my heavy laptop it makes a lot of difference.

I wanted to reach Wuppertal by 13:00 and we were a little late but not enough to panic. I had been eating my homemade energy bars all morning so the opportunity to have some proper food was welcome. This was two cheese burgers and half portion of fries. Half a portion? Yeah because that thieving barefoot runner knicked the other half.

We arrange to meet another barefoot runner, Basty and Aleks' logistics man Guido on the old Nordbahn track.This is a disused railway line that is now tarmaced and used for walking running cycling and biking.

The two new guys were very fresh and set off at quick pace that took a bit of effort for me to keep up with. Aleks was fine though. He had fully recovered from the previous evening and was running well. On the frozen tarmac he managed to slide great distances as his sandals have very little grip.

We stopped and took pictures at the start of Guido's 100km race. After this diversion we headed west and then south and then picked up the river Wupper. The idea was to follow this to the Rhine and then south to Cologne.

I knew I could keep going and be happy. At some point the other three hatched a plan to curtail our adventure early. Guido had a injury and Aleks' was concerned about getting me on a train

We decided to head to Solingen station and get a bite to eat. After that Basti and I could get a train to Cologne and the other headed back to Guido's place in Wuppertal.

All in all a fun day out. About 70km done. No injuries, no tiredness, head all good 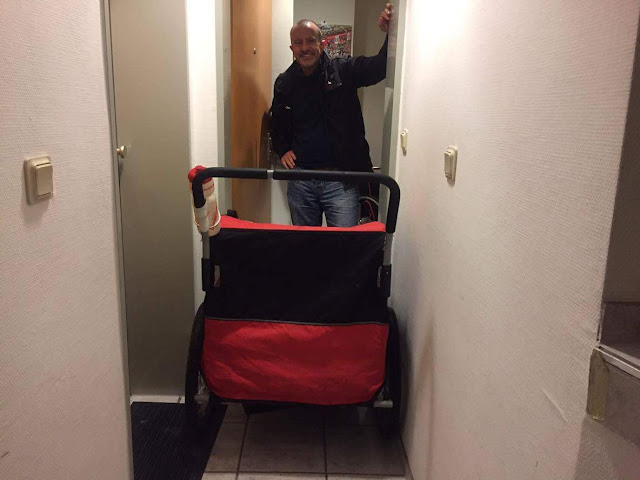 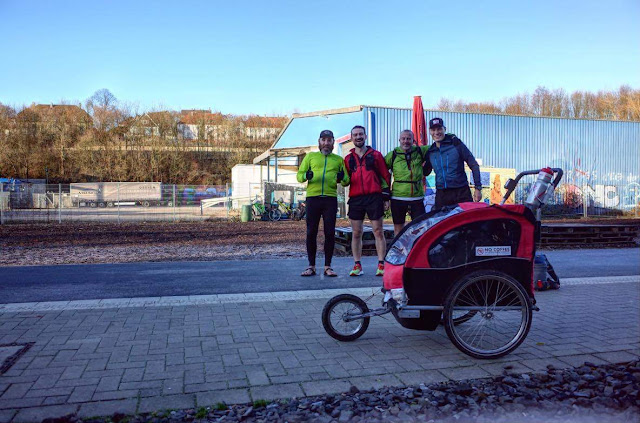 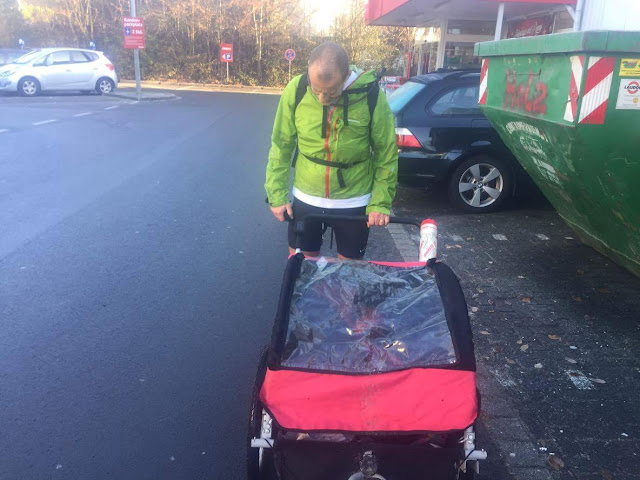