A little while ago I approached the Andy editor of Ultra magazine and suggested a series of columns in order spark debate and get people interested in his magazine. I would make a controversial statement and he would encourage people to comment on it. The best response would then be given an opportunity to respond. Then I would respond and so on. Arguments by magazine, perhaps not the best idea in a world of social media, but I was willing to contribute and help out. Just like I did at the very first Ultra festival, which you can see here

I did the first one on cut off times and posed the question where they too soft? In the article I interviewed several race directors and came to the conclusion they were not. The RDs stated that they had to pitch them at level most people could complete. They argued that there is a only niche market for really tough ultras with hard cut offs, hardly the stuff for the novice. If all ultras had hard cut off time  then participation would "die back and there would again be small number of races with just a few people finishing them."  I then go on to say "without mass participation of the easier races, that then feed people into races with more traditional cut offs these tough events might die out.  That would be  tragedy." Hardly a ringing endorsement of the idea of hard cut off. I came up with a different proposal.  I suggested that ultra runners "seek out a race with a tight off and challenge themselves to complete it" Not that controversial really and I expected responses on the lines of why people didn't want to challenge themselves.


Instead in the next magazine James created a straw man argument around me being elitist.  He argued that what I was really saying was that I wanted cut off times tightened with fewer people being able to finish them. That I also wanted to devalue the achievements of people who finish ultras. He goes on to take my argument on the time to complete races completely out of context. I generously assume that he does not understand the idea of posing a point of view in question only to knock it down. Which is what I did in the original article. I found this a very odd reading of the article and told the editor so.  I requested the right to reply. Sadly due to other priorities the editor couldn't fit this in.

Those that know me and my history finds it bizarre​ that I have been branded an elitist. In my youth you always find me on marches  CND, Anti Apartheid, animal testing, ambulance workers, the miners, LGBTQ( although in my day it was only LGB),  you name it I was there. Heck! I knew Corbyn before he went mainstream.  You know that picture of him being arrested outside the South African Embassy, I was there. 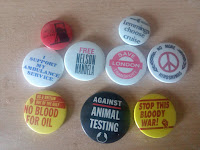 Back to ultras and I still believe that the cheaper, more inclusive ultras, with loads of volunteers are where it is at. I don't  particularly like this trend for the big expensive ultras such  as MdS or UTMB that cost a lot to enter. My favourite ultra is Spartathlon, where you get a whole weeks board and lodgings plus a race plus two gala events for less than a tenth of the cost of MdS. The trend for buying tonnes of expensive kit and fancy watches also leaves me scratching my head in wonder. A shoe is a shoe zero, drop or not. It's not going to make you any faster. Only the correct training will do that. And that zero drop is going to be a negative one once you have done a few months of training in them. I shoe goo my trainers and get a couple of thousand Kms a out of them. My watch is covered in gaffer tape where the sealing around the buttons has decayed. 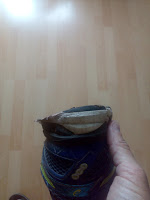 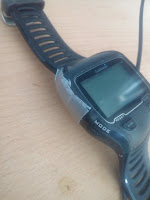 What pray tell is elitist about encouraging people to try harder in races and push themselves to do better?
What is elitist about training harder and doing more for less in both time or money?


All in all a very odd response to the original article which completely missed the point of runners challenging themselves.
Posted by Rob Pinnington at 03:16