This week I have not run so much, as I had the Rodgau 50km race on Saturday and therefore also no Rory. My weight drifted up peaking at 72.5kg.


On the way down to the race I got a little stressed out, but Chrissy said to me, "Don't be silly, you have run three Rory's this year, this is simple." She was right, as always and I also was not running in a bin bag, as I do in all my training,  so that would make it easier


The weather was reasonable about 0 degrees and no snow on the ground.  I wore a Craft Warm Crewneck, a long sleeve t-shirt and  Adidas lycra shorts.  On my feet were Wright Escape quarter length socks and Asics GT2100. I covered my nipples with Leukotape, my nether regions with Vaseline and my feet in Sudo cream.


The race is ten times around a five kilometer loop. This time I had a GU Gel  on each loop and carried a 500ml bottle filled with SIS Go Energy Drink.  The bottle was empty after ~15km.


I had a few moments when I felt I was not doing well but repeated my mantra:
I also reminded myself of the people who were following me.  I couldn't let them down. Ugly had messaged me and my sister Anne was keen to know how well I would do.


Normally I have the urge to quit all the time. But on the whole the feeling of wanting to quit was not present at all. I counted down the Km to go with time passing quickly. I was, very comfortable  all the way and within my abilities.


On the course there is a out and back bit,  where you can see the people ahead of you coming back towards you.   Slowly over the laps I noticed my consistency was winning out as I passed more and more people....As Tiny says it is a great feeling chasing someone down.


I have done the Rodgau 50 km race five times now and this year was my best performance. Below you can see a graphic of how I have done each time.   Normally I start well and fall apart. What pleases me more than anything else is the consistency over the ten loops. This shown by the blue flat line with  a deviation between the fastest and slowest 5 km  of less than a minute. 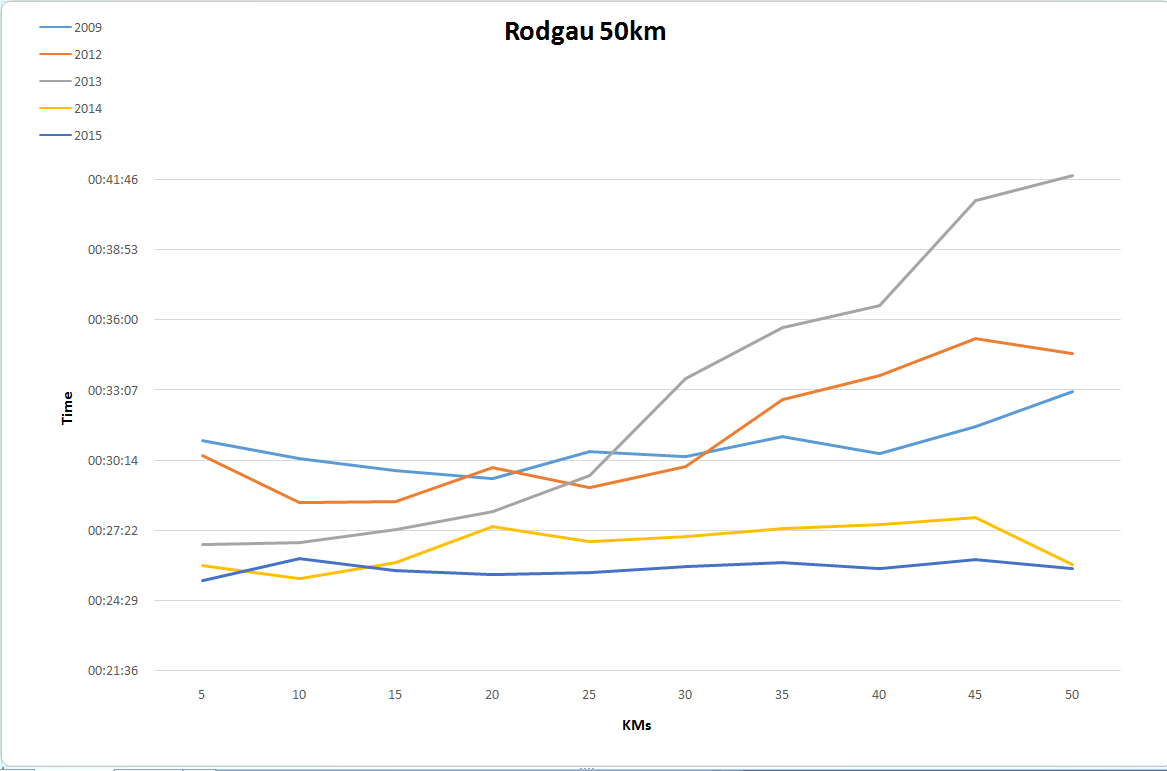 I was expecting to get the train home, so it was great to see Chrissy as I crossed the finishing line greeting me with an excited "Well done you did it, you were under 4:20 like you wanted to be." So that was nice. 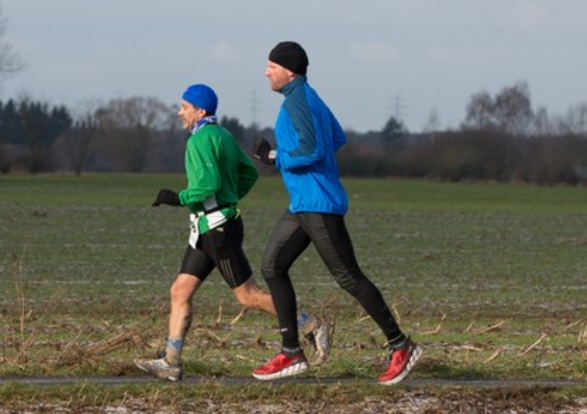 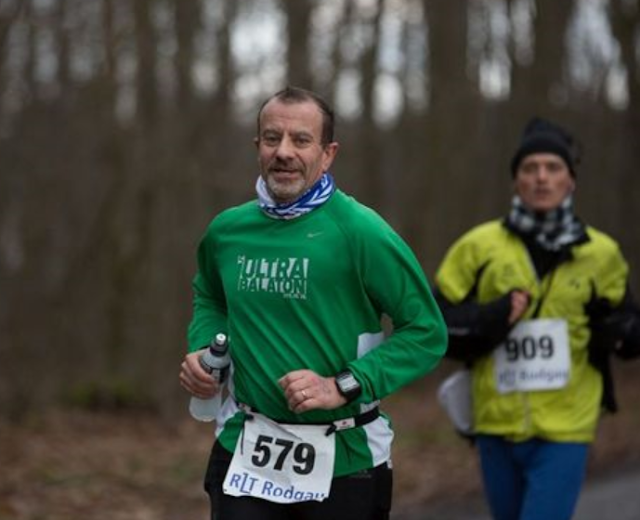